The intersection of Eleventh and Hill streets would see the construction of a seven-story residential building adjacent to the rear of the Herald Examiner building. The complex at 156 W. Eleventh St. would feature 177 studio to two-bedroom apartments and would have 7,300 square feet of retail/commercial space on the ground floor, according to plans filed with the city.

Amenities in the project, which will be presented to the board of the Downtown Los Angeles Neighborhood Council on Wednesday night, would include a pool deck, courtyard and gym. The project would also offer 276 parking spaces (with two levels of underground and two levels of above-grade parking) and 201 bicycle parking spaces. 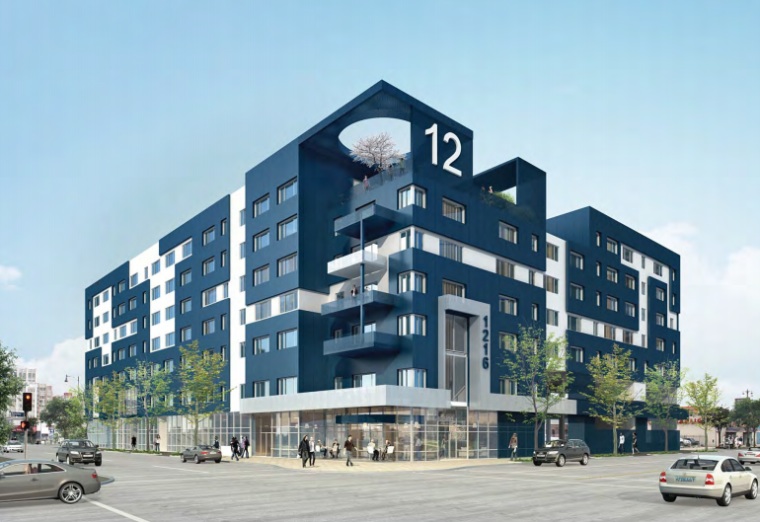 Renderings show pockets of white stucco framed by dark red facade articulations, and the design from architecture firm Harley Ellis Devereaux includes a pedestrian paseo between the project and the Herald Examiner building, with hopes of activating foot traffic on the block.

Why Do Elevators Need Smoke Protection?