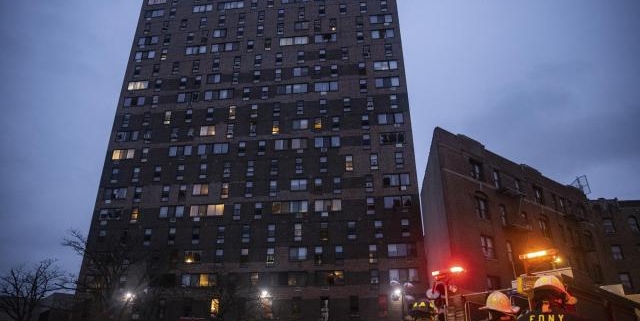 NEW YORK — Investigators sought answers Monday for why safety doors failed to close when fire broke out in a New York high-rise, allowing thick smoke to rise through the tower and kill 17 people, including eight children, in the city’s deadliest blaze in more than three decades.

A malfunctioning electric space heater apparently started the fire Sunday in the 19-story building in the Bronx, fire officials said. The flames damaged only a small part of the building, but smoke poured through the apartment’s open door and turned stairwells into dark, ash-choked death traps. The stairs were the only method of escape in a tower too tall for fire escapes.

The heavy smoke blocked some residents from escaping and incapacitated others as they tried to flee, fire officials said. Firefighters carried out limp children and gave them oxygen and continued making rescues even after their air supplies ran out.

Glenn Corbett, a fire science professor at John Jay College in New York City, said closed doors are vital to containing fire and smoke, especially in buildings that do not have automatic sprinkler systems.

ARC US Conference 2022
Scroll to top